Inspiring Performance is driven through the passion and experience of people who believe that small changes can make a huge difference.

For more than a decade, we have invested time and energy to identify what makes people tick. First-hand experience in three Global Challenge Round the World Yacht races gives our team a unique perspective of human behaviour and its effect on individuals, performance and culture.

An extensive study, conducted in partnership with Henley Management College, provided an intriguing insight into emotional intelligence and its importance for leaders, teams and organisations. Working with our clients in business and sport, we continue to validate these findings and broaden our understanding of high performance. We have developed an inspiring leadership model, identified a dynamic team working tool, identified an EI performance framework, created a suite of analytical measures and published three practical development books.

Inspiring Performance attracts bright, fun-loving people, who draw on real life experiences and professional values to make what they do and what they say relevant and memorable.

All of our consultants are ‘high performers’, who have achieved success in competitive and dynamic environments. They have risen to the top in companies, reached the pinnacle in sport or simply pushed themselves to the limit in pursuit of their personal ‘Everest’.

Having been there and done it, they understand the impact that feelings, thoughts and attitude can have on performance. They know what it takes to realise a goal and they are fantastic at inspiring others to take small steps towards change.

Andrea Bacon is the Co-Founder & Research Director of Inspiring Performance, a company she has driven through her passion to share her personal learnings and first-hand experiences. Specialising in leadership, teamworking and emotional intelligence, Andrea regularly inspires business audiences with her presentations.

Andrea started her career in media and investor relations, before competing in the 1996/7 BT Global Challenge Round the World Yacht Race. As a crew member of the winning yacht, Group 4, Andrea learnt many lessons in leadership and team work and subsequently co-authored the book Global Challenge – Leadership Lessons from ‘The World’s Toughest Yacht Race’.

Intrigued by human behaviour, Andrea set up a research forum, in partnership with Henley Management College, and used the 2000/1 BT Global Challenge as a live case study, to track the skills and behaviours of the skippers, focussing on emotional intelligence and its impact on leadership, performance and culture.

The findings from this study provided an understanding of what makes a high performing leader and how to sustain competitive advantage over long periods.These findings were captured in a second book, Inspiring Leadership – Staying Afloat in Turbulent Times, an accredited MBA text.

Andrea inspires her audiences by drawing on the powerful, stimulating and pragmatic lessons she has learnt, and applies this learning in a practical way when coaching individuals and working with senior teams. She also coaches and develops senior business executives and with Ali Dawson co-authored her third leadership book – Emotional Intelligence for Rookies.

Andrea’s development programmes are designed to inspire leaders to think, feel and act in a manner that engages and energises others.

Katie is a highly driven individual who designs and manages development programmes for Inspiring Performance clients across a wide range of business sectors, around the world. Her logistical and project management skills ensure that projects are executed to the highest standard and her ‘can do’ approach reassures clients that Katie will do whatever it takes to deliver to their brief.

With her degree in psychology, Katie particularly enjoys observing and developing behaviours within individuals. She has created many highly engaging and hugely successful behavioural change programmes, pooling resources and managing varied teams including other consultants, speakers, actors and athletes.

Outside of work, Katie is a competitive sailor, having won various titles, including Student Yachting World Champion and Ladies National Champion.

Simon is a powerful, dynamic and inspirational speaker and an expert in leadership and team dynamics. With great enthusiasm, he draws from his first-hand experiences in sport, adventure and business, having raced around the world twice, led expeditions to the Arctic and Antarctic and led several high profile businesses.

Simon is also one of the UK’s leading experts on Generation Y – those born since 1980 – and how to better understand and lead them, creating winning high performance teams across all generations.  He is co-author of ‘Generation Y: What they want from work’ (Triarchy Press 2008). He speaks at many events worldwide and recent key themes include:

As well as a being an experienced keynote and motivational speaker, he is also an accomplished event host, workshop leader and a highly credible, skilled facilitator of senior teams, executive committees and operating boards. His work often involves helping top teams work better together, after major change such as a merger or restructuring. He also facilitates groups as they tackle specific business issues. Each assignment is treated on a case by case basis and he applies a range of strategies and techniques to assist the particular context and dynamic.

With a background in technology, he has held leadership positions in several SMEs and has worked with a number of leading consultancies throughout Europe, Asia and the United States.  He was featured as one of 16 business leaders in Fast Company magazine’s ‘Who’s fast in 2001’.

As a highly experienced professional yachtsman, he has raced around the world twice, the second time leading a widely-respected campaign as skipper of Toshiba Wave Warrior in the BT Global Challenge 1996/7 – ‘The World’s Toughest Yacht Race’.  He finished second overall in July 1997, the youngest skipper in the event.

As well as working with many blue chip organisations, Simon has also developed top flight teams in the sporting environment.  This includes working with international yacht racing crews and with Sir Clive Woodward’s England and British & Irish Lions rugby squads.

Nick Coombe is a highly respected leadership consultant, with a breadth and depth of experience and a pragmatic approach to developing leaders and teams.

After 24 years in Her Majesty’s British Army, commanding both soliders and civilians around the globe, Nick took on the leadership challenge in the charitable sector. Initially leading the Dorset Wildlife Trust at a time of considerable change, Nick later became Chief Operating Officer of Hope and Homes for Children, managing the team, juggling the finances and guiding the organisation through a critical stage in its development.

Nick joined Inspiring Performance in 2000, managing a team of consultants and delivering a senior managers programme for an international investment bank across Europe, the Middle East, Asia and the USA.

Nick enjoys working with people and enhancing team performance. He has worked in many sectors including utilities, finance, airlines, property and public healthcare.

With a passion for making a difference and a drive for personal achievement, Nick has inspired many others to join him in 21 London Marathons, a 125 km Sahara Trek for Help for Heroes and, in 2013, an incredible ascent of Mt Kilimanjaro in support of Kids Aid Tanzania.

Our Research and Books

The BT Global Challenge Round the World Yacht Race was the platform for our initial research and what a unique opportunity this proved to be… Involved in three races over a period of 8 years, the IP team collected and validated a plethora of data – informing and shaping our thinking around leadership and teams. When emotional intelligence came to the fore, the IP team worked with Professors Higgs & Dulewicz of Henley Management College to establish its real value and importance for leaders and organisations. Explorative work with Dr Alan Watkins of Imperial College, London highlighted the impact of physiology on performance and real time tracking of sailing world champion, Mike Golding OBE, during his solo, round the world race provided further evidence to support our work. At Inspiring Performance our concept is simple: understand what is going on within and manage it accordingly: feel, think and act differently.

Co-authored by Andrea Bacon this book tracks the high performance behaviours of the skippers in the 1996/7 BT Global Challenge Round the World Yacht Race, and includes Andrea’s first-hand insight as a crew member of the winning team.

The book outlines lessons learnt on leadership and teamwork and, with illustrations of the use of high performance behaviours, provides answers for leaders and teams looking to improve personal and team performance.

“I purchased this to give to a client, as the book is an excellent book for mentoring and leading groups and teams!” Amazon Reader

Tracking the skippers of the 2000/1 BT Global Challenge Round the World Yacht Race, the study highlights the impact of emotional intelligence on leadership, performance and culture.

Combining these significant findings with existing theories of leadership, motivation and team dynamics, this book provides leaders with an in-depth understanding of what make a high performance leader.

“This is a powerful book with simple and transparent lessons.” Richard Olver, Former Chairman, BAE Systems

Andrea Bacon and Ali Dawson’s research and application of EI in the workplace led to the publication of this book.

A practical handbook for developing emotional intelligence, the book helps   individuals to understand where their emotions come from, how they affect them and others, and most importantly how they can change the way they feel, think and act.

Designed to take the reader on a journey of self-discovery, this book really brings emotional intelligence to life.

“I loved the style – it felt like a voice talking to me, like I had a coach”

Our Models and Diagnostics

Our models and diagnostics are often used in conjunction with our client’s own competency framework, ensuring the most appropriate approach for board directors, team leaders and individuals. 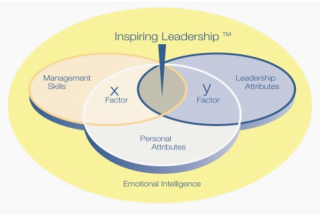 The inspiring leadership model balances cognitive and emotional intelligence with skills, attributes and behaviours. We recognise that leadership is personal and leaders need to develop a style and core set of attributes that is ‘right’ for them. So, rather than being prescriptive, we work with individuals to identify ‘their’ essential mix; core elements that play to their strengths and reflect their style, drivers and preferences. By creating a personal leadership approach, we develop authentic leaders. 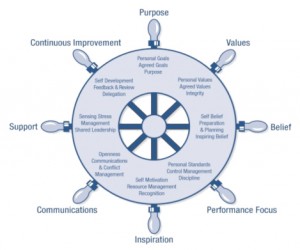 This model provides team leaders with a framework to build and develop high performing teams; equipping both the leader and team members with tools and techniques to ensure excellent communication, support and performance. The Team Synergy Wheel can also be used as a diagnostic tool, identifying the element(s) that may be the underlying cause of chaos, stress or lack of drive within the team.

A comprehensive range of 360° tools (emotional intelligence, high performance, leadership, team and cultural) allow us to identify where we can be most effective in improving individual, team or organisational performance.